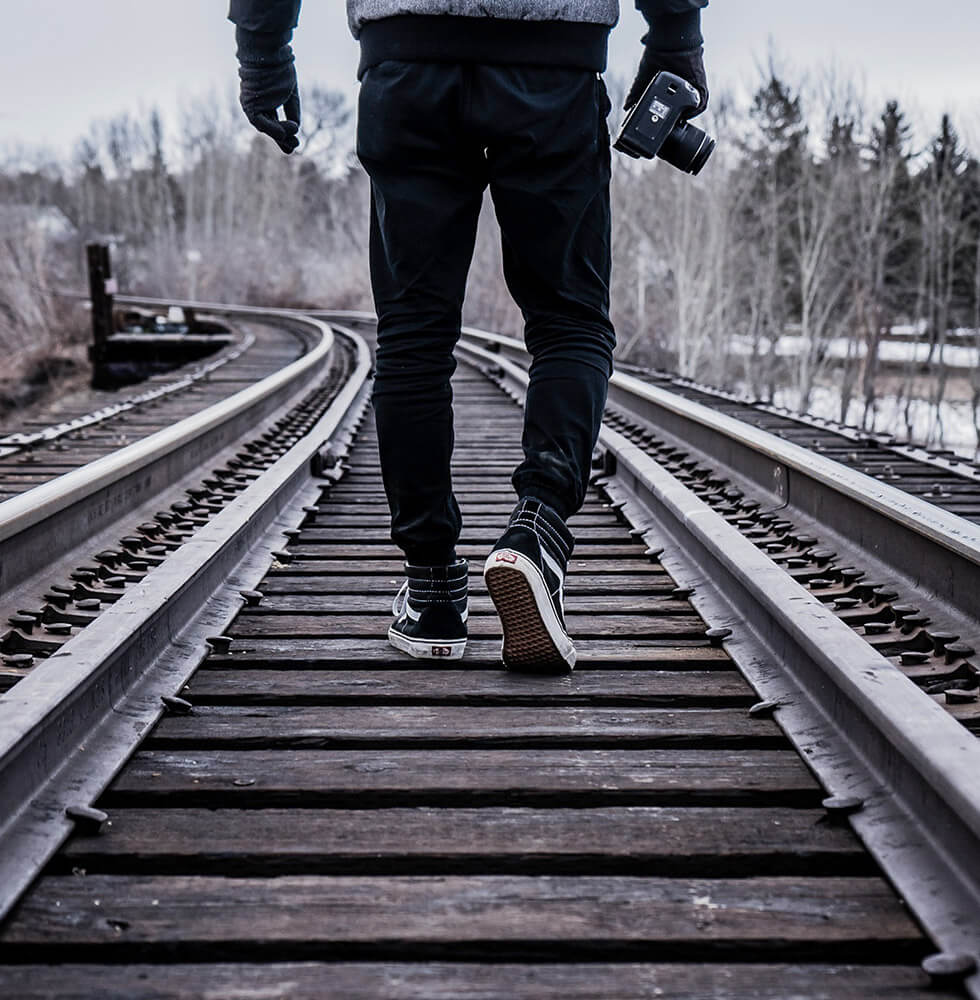 When analyzing your past you can observe what choices you had made, the results from the choices and learn what worked and what didn’t. Over time when making choices we get wiser with decision making as few hard lessons teach us how to be more conservative towards making choices. Over time and with practice we get cautions as we now see failure as something so bad that we have to avoid it at all cost, we call failure all kinds of bad things but we make this mistake very often of not making it into a lesson. Friend of mine once said, “success is all past failures that you refined and put to good use.” Decision making is something that is mastered with trial and error and unfortunately it takes time to master as it involves failure which again unfortunately takes time to recover from but lesson learned is how we want to position the outcome. It’s the becoming from the experience not what it is, it’s the exercise of becoming resilient from unexpected outcome/failure. I will keep on referring to failure as lessons, unexpected results, opportunities, refining etc., in hope of helping translated how I distinguish failure as not a problem and how I perceive as it will play a dramatic role in our lives of helping understand who we really are. I believe that unless under great pressure where it all comes down to your decision making and problem solving you will never truly learn who you are. “Comfort doesn’t have the tendency to bring out our best selves but failure does.”

“Dumb people don’t learn anything, smart people learns from their mistakes, geniuses learn from other people’s mistakes” – Albert Einstein. As far as I’m concerned when I looked it up it said Albert Einstein but also sure that people put his name next to unknown or unclaimed quotes just so we can believe them. It doesn’t matter who said it but what matters is the truth behind the message. This is so true that I can relate to it in all its points as I have been and am all three dumb, smart and a genius as I have not learned from some of my lessons, I have learned from my lessons and I have watched others and learned from them. If you are dumb you don’t learn, you have a learning disability and by the word dumb society describes the unknowledgeable as incapable or “dumb/stupid”. Smart people at this point are the ones If they make a mistake or have an undesirable outcome from a process or an actionable step tend to learn from it and make sure it doesn’t happen again. And Geniuses learn from other people’s “opportunities” or what society calls failures. I guess that’s why they referenced Albert Einstein as he is a known genius in our history and what a better person to reference genius level lessens than a famous genius. Unfortunately as society we are also programmed to follow status which is another illusion. We see a businessman pull up in an exotic car we automatically assume their success and are attracted to having what they have and listen to what they say. We are almost losing our genuine interest in people as who they are VS following their status and popularity which can be one of the dumb lessons we have to go through over and over to grow smart with it.

So let’s say we all evolve and become so smart that we start learning from others. This is huge as we will save so much time in recovering from our lessons, we are talking genius level of understanding of matter in just few short years no longer 10,000 hours required to master anything as we are studying others, eliminating the “long term” negative emotion involved to recover from “unexpected outcomes” and in record time we achieve genius levels of learning. At this point we all become emotionally stable, positive, influential, successful or to sum it up some call it, enlightened person, profit, illuminated one etc.

One key ingredient not mentioned in becoming smart enough to make good choices leading to good results, is Execution. Our schooling system is developed and systematized year after year to teach us the art of learning. One of my friends is studying to obtain his Masters degree in Business Administration. Countless times I hear him complain about knowledge that will never be useful or needed on the field when he opens his practice but after several discussions we came up with the conclusion of its not about the knowledge but it’s about the outcome of studying knowledge. Every day interaction has nothing to do with you knowing the Pythagorean theorem or the square root of a number raised by a cotangent of a denominator. Big BUT, it’s about what the study process does to you and of who you become in the time being. The end result of what you become is more important than the information required to get you there. It’s developing certain areas of your brain to generate electrical charge and connect certain synapses that develop the way information is processed that you see, feel or hear. The outcome of education is the most important part of what you become but no matter the information educational system doesn’t teach action which is the ability of Execution. No idea had ever worked when it was in your head or sitting on a piece of paper. No plan has worked unless it has a working plan of execution. As we discussed Clarity gives you understanding and a well educated man can have allot of clarity, but with no action there will never be activity therefore no results.

Another point in learning from others and a common method of not learning has nothing to do with learning disability, it has to do with ignorance. In earlier chapter we talked about taking risks and being calculated but also we are talking about caution, seems as if we’re contradicting ideas back and forth but the key is to find the balance in the middle. If one feels invincible and ignores the obvious fact of “this couldn’t happen to me”, therefore “I will pay attention but not learn from this lesson or from another individual”, well this becomes a level of demoted emotion which branches out to ignorance, a negative emotion and how do you expect to learn, adapt and get better while operating on negative energy in motion? Good time to reference the quote again that I say to myself before making any decisions and commitments “never make a decision when angry or a commitment when happy”.