There is truth and false to this saying that has been exaggerated over the last decade.

The truth is there are plenty of people that do buy material possession for the wrong reasons such as – to impress, show off and often to fill a void in their hearts. Especially the last 10 years with the growth of social media and online blogging where literally anyone could be anything they want.

The unfortunate part about today’s “show off culture” is we often can’t tell the difference between the people that do this for the right or the wrong reasons without actually getting to know them. Which is why I always say don’t judge, don’t point fingers and don’t gossip as you can be pleasantly surprised who someone truly is when you spend some time with them. 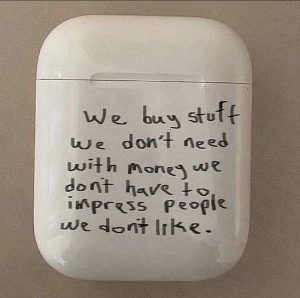